Throughout this half term, Year 2 have been very busy conducting a range of exciting experiments to help Puff get his big, strong breath back after he lost it when little Jackie Piper left him all alone in the land of Honalee. First, they shared the story of Puff the Magic Dragon and devised a range of big questions that they wanted to find answers to in order to help poor Puff. The boys and girls then set out to find the answers to their questions through a series of experiments and investigations. The first experiment the children completed involved some dancing raisins. They added raisins to water and watched what happened, they sunk to the bottom. They then added some raisins to lemonade– what a surprise we got when they started to dance up and down in the jar! The second investigation was to see what happened to food colouring and oil when bicarbonate of soda was added. It was so exciting to see the bubbles moving around the bottle like lava thanks to the bubbles of carbon dioxide gas released in the chemical reaction. The third and final experiment was making ‘soapy froth’! The children explored the effects of combining soap powder and vinegar. This reaction was the most dramatic (and messy) so it’s a good job they went outside to conduct it!

Unfortunately due to the Coronavirus Pandemic, the children were unable to complete their final task which was to decide which ingredient from each experiment would make a super explosion to mimic Puff’s breath. They would have then used their Topaz learning powers to work in a group to make a dragon from recycled materials, which they would have taken on to the playground and added the ingredients they had chosen to see who could make the most powerful breath. 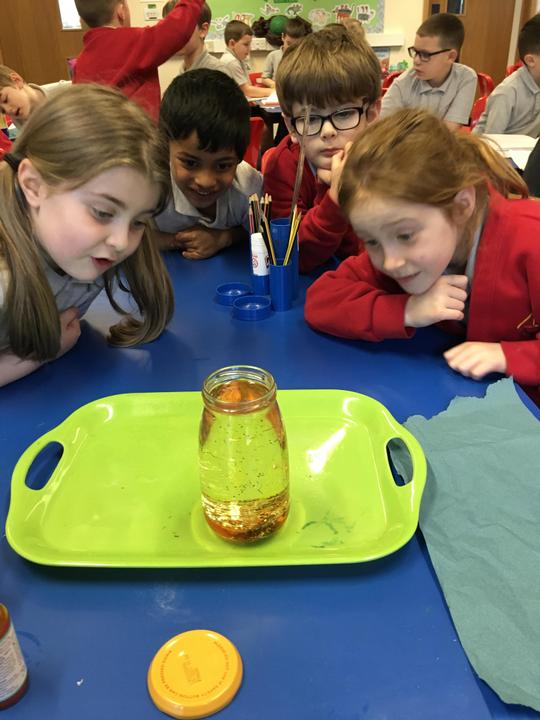 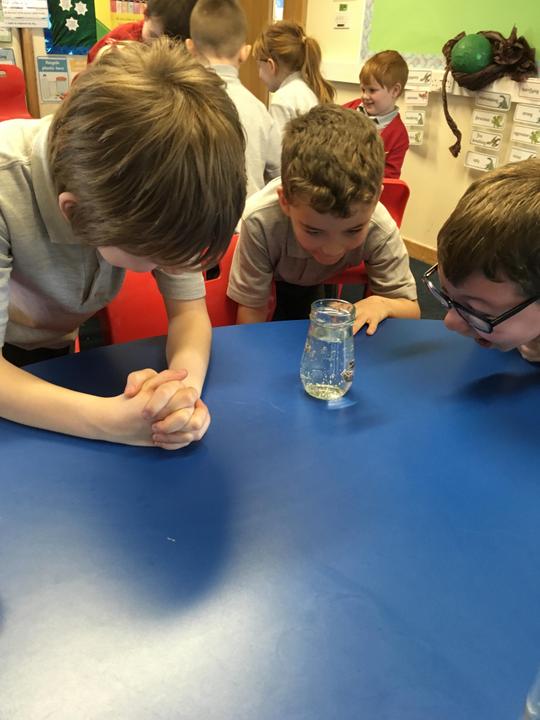 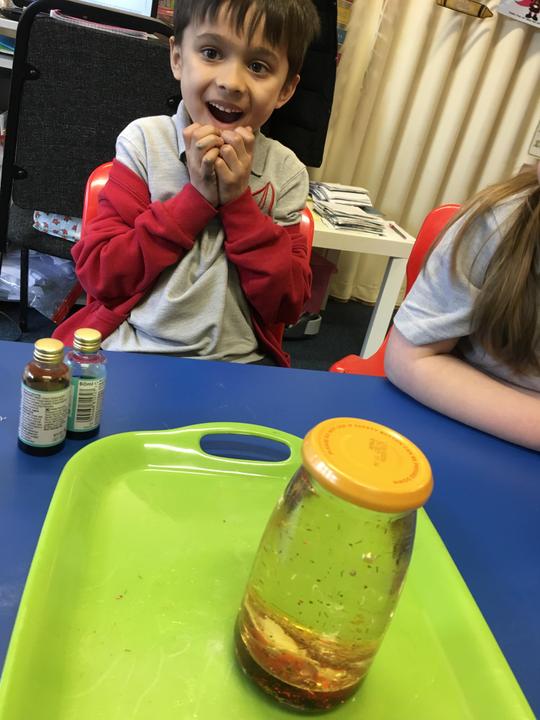 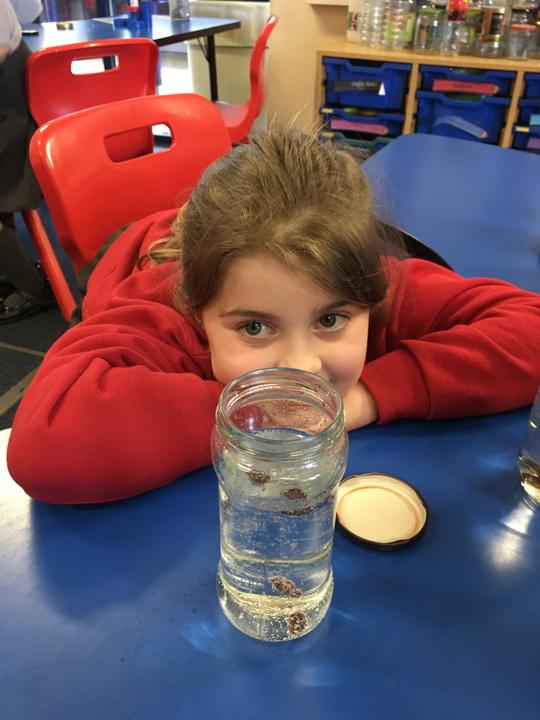 Heron and Avocet celebrated Science week with two very exciting hands on workshops. On Monday, the children went to the hall and made some rockets using forces, they had to breathe in to the straw as hard as they could to see if their super rocket could go the furthest. In true World Book Day Fashion, the children investigated some Roald Dahl themed Science on Thursday with the lovely ladies from Sciencedipity. They made George’s Marvellous Medicine by following a step by step recipe. It looked really yucky! Dream jars in the style of the BFG were really exciting as they added a tablet to the oil and watched the sequins dance around the jar.